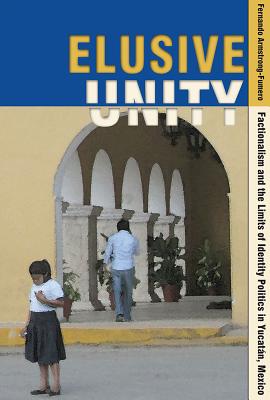 Elusive Unity: Factionalism and the Limits of Identity Politics in Yucatï¿½n, Mexico

In "Elusive Unity," Armstrong-Fumero examines early twentieth-century peasant politics and twenty-first-century indigenous politics in the rural Oriente region of Yucatan.
The rural inhabitants of this region have had some of their most important dealings with their nation s government as self-identified peasants and Maya. Using ethnography, oral history, and archival research, Armstrong-Fumero shows how the same body of narrative tropes has defined the local experience of twentieth-century agrarianism and twenty-first-century multiculturalism.
Through these recycled narratives, contemporary multicultural politics have also inherited some ambiguities that were built into its agrarian predecessor. Specifically, local experiences of peasant and indigenous politics are shaped by tensions between the vernacular language of identity and the intense factionalism that often defines the social organization of rural communities. This significant contribution will be of interest to historians, anthropologists, and political scientists studying Latin America and the Maya."

Title: Elusive Unity: Factionalism and the Limits of Identity Politics in Yucatï¿½n, Mexico

Elusive Unity: Factionalism and the Limits of Identity Politics in Yucatï¿½n, Mexico