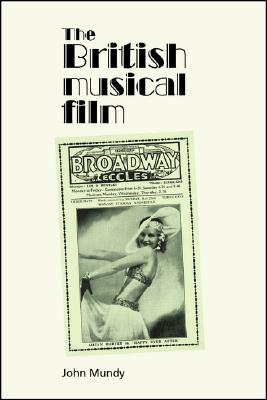 "This book is to be recommended as a good, informative, broad-based survey, useful for students of film, media, drama and cultural studies who are looking for an entry into this broad genre and to use this text as a general resource." Christine Etherington-Wright, Studies in Musical Theatre "Mundy is an unabashed aficionado of the British musical film, and his expertise and knowledge in this area are evident in this encyclopedic volume. The book follows an easy-to-read, chronological format and covers all major and many minor British musical films from inception of sound to the present." W.W Dixon, University of Nebraska Lincoln Choice Current Reviews for Academic Libraries March 2008 Vol. 45 No. 07 The British musical film is the first book to examine a neglected area of British cinema as it developed from the early so-called 'silent' period to the present. Offering a comprehensive survey of musical films across the decades, it also includes detailed critical analysis of individual films and the creative personnel, including directors, stars, lyricists, composers and musical directors, who worked on them. Scholarly but clearly written, the book traces the development of a distinctive genre within British cinema, noting ways in which it differs from the Hollywood musical and setting the films in their historical and cultural context. Adopting a chronological approach, the book starts with the importance of music to the cinema-going experience before the coming of synchronised sound in the late 1920s and then examines the explosion of musical films featuring British musical talent in the 1930s, and the role of musical films during the years of the Second World War. The book examines the transition in musical taste reflected in musical films during the 1950s, and the importance of pop music on-screen in the 1960s. Important innovations in the British musical film of the 1970s and 1980s are analysed, as are examples of contemporary musical films that reflect an increasingly heterogeneous British culture. As well as analysing Oscar-winning musicals such as The Red Shoes and Oliver , this study also uncovers musical films that have been unjustly neglected for far too long. In asserting the importance of the musical film and its relationship with a vibrant British popular music culture, this study makes a significant contribution to the growing awareness of the rich distinctiveness of British cinema.