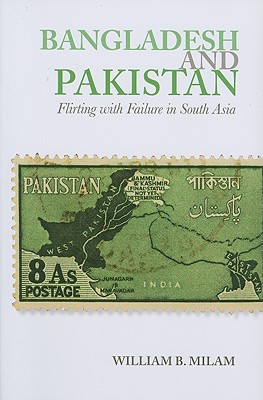 Bangladesh and Pakistan: Flirting with Failure in South Asia (Columbia/Hurst)

By: Milam, William B

An active member of the U. S. Foreign Service until 2001, William B. Milam possesses an exhaustive knowledge of the history and culture of Bangladesh and Pakistan. His insightful study expresses a profound empathy for both countries and, with the death of Benazir Bhutto and the decline of Pervez Musharraf, could not be a timelier contribution to current debates concerning the stability of the region. Since 1971, Pakistan has evolved into a praetorian state plagued by army interventions and corrupt civilian governments. Nevertheless, the tunnel-vision of General Musharraf triggered a political implosion in 2007, and widespread dismay over the assassination of Benazir Bhutto has led Pakistanis to vote overwhelmingly for unfettered civilian rule and the diminishment of religious parties. In contrast, the Bangladesh Army seems intent on returning control to civilians, having remained averse to power for the past seventeen years. Furthermore, Bangladeshi society isn't nearly as Islamicized as Pakistan's, though jihadi groups stand ready to exploit the government's weaknesses.Milam takes a hard look at the political and religious realities of both countries, especially the al-Qaeda-linked jihadi networks that threaten to permanently turn Pakistan into an ideological state. He also considers Islam's undeniable influence on the culture of both societies, and, in turn, the influence of these cultures on the tone and expression of Islam. Milam includes an examination of the fear and hostility Pakistan has exhibited toward India, which has resulted in three wars and at least one mini-war.

Bangladesh and Pakistan: Flirting with Failure in South Asia (Columbia/Hurst)