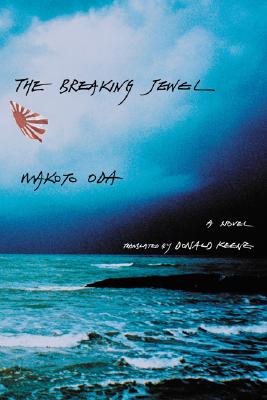 The Breaking Jewel: A Novel (Weatherhead Books on Asia)

Set on an island in the South Pacific during the final days of World War II, when the tide has turned against Japan and the war has unmistakably become one of attrition, The Breaking Jewel offers a rare depiction of the Pacific War from the Japanese side and captures the essence of Japan's doomed imperial aims. The novel opens as a small force of Japanese soldiers prepares to defend a tiny and ultimately insignificant island from a full-scale assault by American forces. Its story centers on squad leader Nakamura, who resists the Americans to the end, as he and his comrades grapple with the idea of gyokusai (translated as "the breaking jewel" or the "pulverization of the gem"), the patriotic act of mass suicide in defense of the homeland.

Well known for his antiestablishment and antiwar sentiments, Makuto Oda gradually and subtly develops a powerful critique of the war and the racialist imperial aims that proved Japan's undoing.

Title: The Breaking Jewel: A Novel (Weatherhead Books on Asia)

The Breaking Jewel: A Novel (Weatherhead Books on Asia)