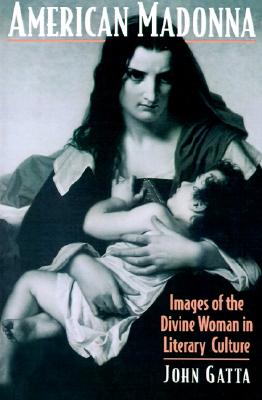 American Madonna: Images of the Divine Woman in Literary Culture (Religion in America)

This book explores a notable if unlikely undercurrent of interest in Mary as mythical Madonna that has persisted in American life and letters from fairly early in the nineteenth century into the later twentieth. This imaginative involvement with the Divine Woman -- verging at times on devotional homage -- is especially intriguing as manifested in the Protestant writers who are the focus of this study: Nathaniel Hawthorne, Margaret Fuller, Harriet Beecher Stowe, Harold Frederic, Henry Adams, and T.S. Eliot. John Gatta argues that flirtation with the Marian cultus offered Protestant writers symbolic compensation for what might be culturally diagnosed as a deficiency of psychic femininity, or anima, in America. He argues that the literary configurations of the mythical Madonna express a subsurface cultural resistance to the prevailing rationalism and pragmatism of the American mind in an age of entrepreneurial conquest.

American Madonna: Images of the Divine Woman in Literary Culture (Religion in America)