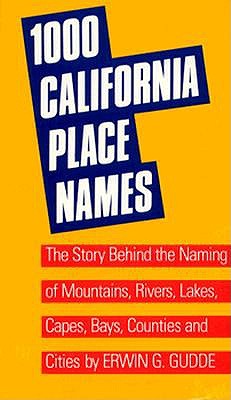 Where did California get its name? Or for that matter where did a thousand and one cities and countries, peaks and valleys, rivers and bays get their names? This little book succinctly gives the why, how, when, and where of the more frequently encountered names on the land of California, from Abalone to Zaca.

From Abadi Creek to Zzyzyx Spring, thousands of discoveries await the reader of California Place Names. This is the fourth edition, extensively revised and expanded, of a classic work of Californiana. It has been updated to incorporate the latest research on California place names published by local historians in the various parts of the state and to include new names that have been added to the California map since 1969.