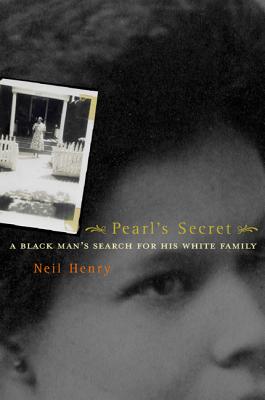 Pearl's Secret: A Black Man's Search for His White Family

Pearl's Secret is a remarkable autobiography and family story that combines elements of history, investigative reporting, and personal narrative in a riveting, true-to-life mystery. In it, Neil Henry--a black professor of journalism and former award-winning correspondent for the Washington Post--sets out to piece together the murky details of his family's past. His search for the white branch of his family becomes a deeply personal odyssey, one in which Henry deploys all of his journalistic skills to uncover the paper trail that leads to blood relations who have lived for more than a century on the opposite side of the color line. At the same time Henry gives a powerful and vivid account of his black family's rise to success over the twentieth century. Throughout the course of this gripping story the author reflects on the part that racism and racial ignorance have played in his daily life--from his boyhood in largely white Seattle to his current role as a parent and educator in California.

The contemporary debate over the significance of Thomas Jefferson's longtime romantic relationship with his slave, Sally Hemings, and recent DNA evidence that points to his role as the father of black descendants, have revealed the importance and volatility of the issue of dual-race legacies in American society. As Henry uncovers the dramatic history of his great-great-grandfather--a white English immigrant who fought as a Confederate officer in the Civil War, found success during Reconstruction as a Louisiana plantation owner, and enjoyed a long love affair with Henry's great-great-grandmother, a freed black slave--he grapples with an unsettling ambivalence about what he is trying to do. His straightforward, honest voice conveys both the pain and the exhilaration that his revelations bring him about himself, his family, and our society. In the book's stunning climax, the author finally meets his white kin, hears their own remarkable story of survival in America, and discovers a great deal about both the sting of racial prejudice as it is woven into the fabric of the nation, and his own proud identity as a teacher, father, and black American.

Pearl's Secret: A Black Man's Search for His White Family