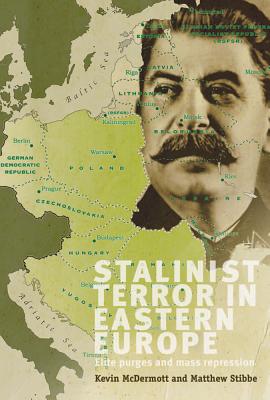 This wide-ranging collection of essays is the first book in English to examine the impact of Stalinist terror on Eastern Europe in the years 1940 to 1956.

Covering the Baltic states, Moldavia, East Germany, Poland, Czechoslovakia, Hungary, Romania, Yugoslavia, Bulgaria and Albania, the authors investigate terror both 'from above', in the form of elite purges and show trials, and 'from below' in the guise of large-scale arrests and deportations of ordinary people. Key questions addressed include the relative importance of Soviet influence versus 'local' factors; the persecution of particular groups, such as 'kulaks', church leaders, the middle-class intelligentsia and members of non-communist left-wing parties; cases where repression was more, or conversely less, intense than elsewhere; and the relevance of key events such as the Tito-Stalin split of 1948, the Rajk trial of 1949 and the Sl nsk trial of 1952. This book highlights areas of considerable diversity, making this volume an excellent starting point for all scholars and students interested in the wider history of political trials, forced labour and state-sponsored violence in the twentieth century's 'age of extremes'.