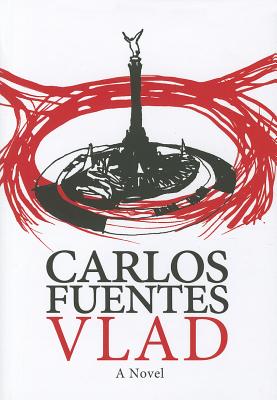 Where, Carlos Fuentes asks, is a modern-day vampire to roost? Why not Mexico City, populated by ten million blood sausages (that is, people), and a police force who won't mind a few disappearances? "Vlad" is Vlad the Impaler, of course, whose mythic cruelty was an inspiration for Bram Stoker's Dracula. In this sly sequel, Vlad really is undead: dispossessed after centuries of mayhem by Eastern European wars and rampant blood shortages. More than a postmodern riff on "the vampire craze," Vlad is also an anatomy of the Mexican bourgeoisie, as well as our culture's ways of dealing with death. For--as in Dracula--Vlad has need of both a lawyer and a real-estate agent in order to establish his new kingdom, and Yves Navarro and his wife Asunci?n fit the bill nicely. Having recently lost a son, might they not welcome the chance to see their remaining child live forever? More importantly, are the pleasures of middle-class life enough to keep one from joining the legions of the damned?