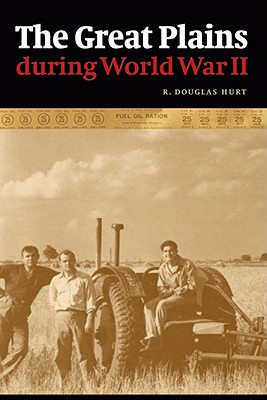 After World War II, the pivotal event in twentieth-century American history, life both at home and abroad seemed more complex and more dangerous than ever before. The political, economic, and social changes wrought by the war, such as the centralization and regulation of economic affairs by the federal government, new roles for women and minorities in American life, and the world leadership of the United States, remained in place after the soldiers and sailors returned home. Although the impact of World War II was not as transformative for the Great Plains as it was for other areas of the United States, it was still significant and tumultuous. Emphasizing the region's social and economic history, The Great Plains during World War II is the first book to examine the effects of the war on the region and the responses of its residents. Beginning with the isolationist debate that preceded the war, R. Douglas Hurt traces the residents' changing view of the European conflict and its direct impact on the plains. Hurt argues that the people of the Great Plains based their patriotic response to the war effort on the concept of comparative sacrifice. Drawing on a wealth of primary sources, this compelling and frank history brings to life the voices and experiences of the residents of the Great Plains in recounting the story of the daily concerns of ordinary people that have become part of the nation's history of this seminal event.