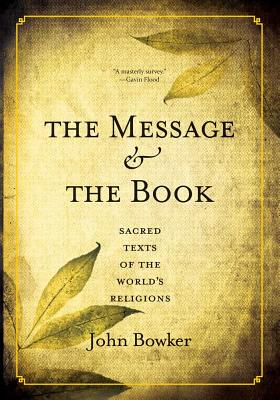 The Message and the Book: Sacred Texts of the World's Religions

By: Atlantic Books, an imprint of Grove Atlantic Ltd.,Bowker, John

Grand in its sweep, this survey of the sacred writings of the major religions of the world offers a thoughtful introduction to the ideas and beliefs upon which great faiths are built. Under the expert guidance of John Bowker, a religious scholar and author of international stature, readers explore the key texts of Jewish, Christian, Muslim, Hindu, Jain, Sikh, Buddhist, Parsi, Confucian, Daoist, and Shinto traditions. The author discusses some 400 books, among them such well-known sacred texts as the Bible and the Quran, but also spiritual writings by theologians, philosophers, poets, and others.

Bowker provides clear and illuminating commentary on each text, describing the content and core tenets of the work and quoting pertinent passages. He also sets the writings in religious and historical contexts, showing how they have influenced--and in many cases continue to influence--artistic, musical, literary, and political traditions. The Message and the Book is essential reading for anyone who wishes to understand the meaning and the deep significance of primary religious texts of civilizations around the globe.

Title: The Message and the Book: Sacred Texts of the World's Religions

The Message and the Book: Sacred Texts of the World's Religions