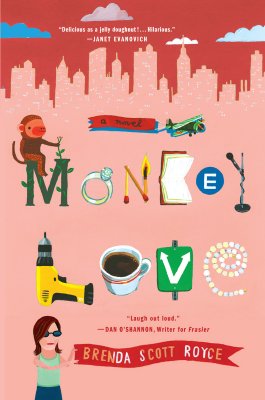 Holly Heckerling has a great set of power tools, and she knows how to use them. It's a good thing, because her career as a stand-up comic isn't exactly paying the rent...yet. But nothing's going to stop Holly's rise to stardom. Not the pickpocketing monkey she's been persuaded to pet-sit, or the friends who constantly need her to come to the rescue. And definitely not her meddling aunt, who can't understand why Holly's never had a relationship more than three months long.
Actually, Holly's starting to wonder the same thing.Maybe it's time to stop monkeying around and settle down with a fellow primate (preferably one without fur). Too bad that when it comes to dating, it's a jungle out there, and you never know which way fate's going to swing next.
But if there's one thing that's really unpredictable, it's love.