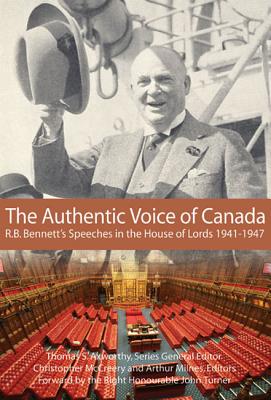 Richard Bedford Bennett was Canada's eleventh prime minister and head of a majority government during the Great Depression. Defeated in 1935, he lived the rest of his life in England and is the only deceased Canadian prime minister not buried on Canadian soil. For most Canadians, the Bennett story ends upon his leaving Canada in 1939. But, as this book shows, Bennett's career was far from over. Summoned to the British House of Lords in 1941 by King George VI, Bennett, now Viscount Bennett, took part in some of the crucial debates of the Second World War and lent his voice to discussions in Parliament at Westminster as the United Kingdom and British Empire and Commonwealth prepared for the post-war years. He served in the Lords until his death in 1947, continuing his fight for the Canadian autonomy that he had done so much to establish as prime minister in Ottawa. With a foreword by former Prime Minster John Turner, the book includes contributions from R.B.'s nephew, William R. Herridge, and David Asper, chair of the National Post.