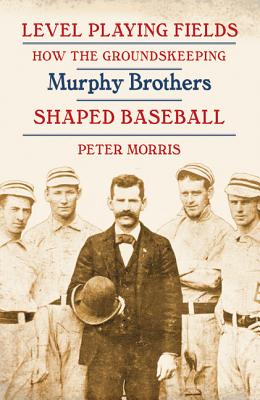 Most baseball fans want to hear about stellar players and spectacular plays, statistics and storied franchises. Level Playing Fields sheds light on a usually unnoticed facet of the game, introducing fans and historians alike to the real fundamentals of baseball: dirt and grass. In this lively history, Peter Morris demonstrates that many of the game's rules and customs actually arose as concessions to the daunting practical difficulties of creating a baseball diamond. Recovering a nearly lost and decidedly quirky chapter of baseball history, Level Playing Fields tells the engaging story of Tom and Jack Murphy, brothers who made up baseball's first great family of groundskeepers and who played a pivotal role in shaping America's national pastime. Irish immigrants who tirelessly crafted home-field advantages for some of baseball's earliest dynasties, the brothers Murphy were instrumental in developing pitching mounds, permanent spring training sites, and new irrigation techniques, and their careers were touched by such major innovations as tarpaulins and fireproof concrete-and-steel stadiums. Level Playing Fields is a real-life saga involving craftsmanship, resourcefulness, intrigue, and bitter rivalries (including attempted murder ) between such legendary figures as John McGraw, Connie Mack, Honus Wagner, and Ty Cobb. The Murphys' story recreates a forgotten way of life and gives us a sense of why an entire generation of American men found so much meaning in the game of baseball. Peter Morris is the author of Baseball Fever: Early Baseball in Michigan and the two-volume Game of Inches: The Stories Behind the Innovations That Shaped Baseball.