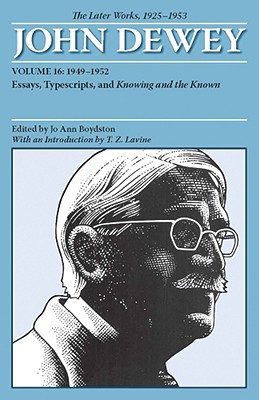 Typescripts, essays, and an authoritative edition of Knowing and the known, Dewey's collaborative work with Arthur F. Bentley. In an illuminating Introduction T. Z. Lavine defines the collaboration's three goals-the construction of a new language for behavioral inquiry, a critique of formal logicians, in defense of Dewey's Logic, and a critique of logical positivism. In Dewey's words: Largely due to Bentley, I've finally got the nerve inside of me to do what I should have done years ago. What is it to be a linguistic sign or name? and Values, valuations, and social facts, ' both written in 1945, are published here for the first time