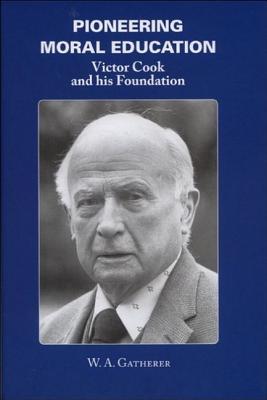 By: Gatherer, William A.

This book is a biography of a leader of the campaign for moral education which had been conducted for several decades in Britain and in the USA. The campaign has culminated in the establishment of many programmes of 'education for citizenship', 'values education', ethics education', 'character education' and 'education for global citizenship' - in effect, the establishment of moral education in schools throughout the world. But the book is also a history of the campaign in the UK since the 1960s, when Victor Cook, a millionaire engineer and businessman in Aberdeen, began to devote his remaining thirty years of life, and all his wealth, to persuading the educational establishment to give priority to this central area of the work of schools. Faced with indifference and even mockery, Cook and the small but growing band of professional educationists and philosophers recruited to the cause set up studies of the subject and its problems, commissioned research and development projects, and sponsored confer