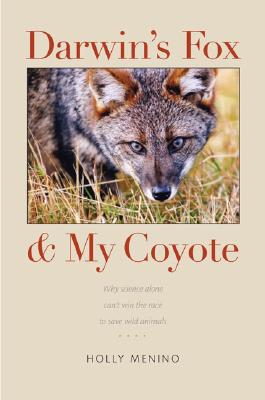 Darwin's Fox and My Coyote

A rare fox in the South American cordillera. A disappearing fox on an island off California. A common coyote in the Albany suburbs. How do these wild carnivores live? And what is it about the places they live that allows them to survive? Holly Menino joins up with three young scientists to find out, and along the way is drawn into a broader consideration of the science that defines these animals' natural histories.

With the same intelligent, lucid style that made Forward Motion such a success, Darwin's Fox and My Coyote is a sympathetic but unsentimental examination of animals in their habitats. Field biology spearheaded the animal conservation movement by creating a new awareness of wild animals and bringing to public consciousness their needs and vulnerabilities. The conservation movement has fostered a general sense that land is shifting out from under wild animals at a pace that threatens their very survival. But if that threat is known, it is little understood. Few realize that animals are becoming extinct at rates that far exceed the ability of scientists to help stabilize their populations. Menino confronts the public attitudes that reinforce these calamitous realities and thwart animal conservation efforts.

In the tradition of Silent Spring and A Sand County Almanac, Darwin's Fox and My Coyote is thought-provoking, alarming, and unapologetic. It is, most important, a call to action.

Title: Darwin's Fox and My Coyote

Darwin's Fox and My Coyote