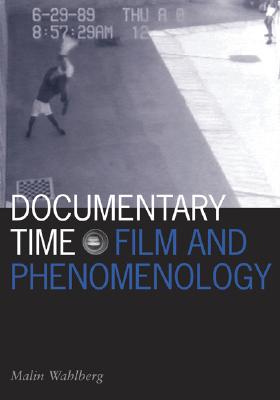 Finding the theoretical space where cinema and philosophy meet, Malin Wahlberg's sophisticated approach to the experience of documentary film aligns with attempts to reconsider the premises of existential phenomenology. The configuration of time is crucial in organizing the sensory affects of film in general but, as Wahlberg adroitly demonstrates, in nonfiction films the problem of managing time is writ large by the moving image's interaction with social memory and historical figures.

Wahlberg discusses a thought-provoking corpus of classical and recent experiments in film and video (including Andy Warhol's films) in which creative approaches to the time of the image and the potential archive memory of filmic representation illuminates meanings of temporality and time experience. She also offers a methodological account of film and brings Deleuze and Ricoeur into dialogue with Bazin and Mitry on the subject of cinema and phenomenology.

Drawing attention to the cultural significance of the images' imprint as a trace of the past, Documentary Time brings to bear phenomenological inquiry on nonfiction film while at the same time reconsidering the existential dimensions of time that have always puzzled humans.

Malin Wahlberg is a research fellow in cinema studies at Stockholm University.