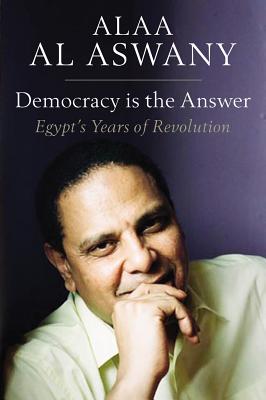 Democracy is the Answer: Egypt's Years of Revolution

As the Egyptian revolution unfolded throughout 2011 and the ensuing years, no one was better positioned to comment on it--and try to push it in productive directions--than best-selling novelist and political commentator Alaa Al-Aswany. For years a leading critic of the Mubarak regime, Al-Aswany used his weekly newspaper column for Al-Masry Al-Youm to propound the revolution's ideals and to confront the increasingly troubled politics of its aftermath.

This book presents, for the first time in English, all of Al-Aswany's columns from the period, a comprehensive account of the turmoil of the post-revolutionary years, and a portrait of a country and a people in flux. Each column is presented along with a context-setting introduction, as well as notes and a glossary, all designed to give non-Egyptian readers the background they need to understand the events and figures that Al-Aswany chronicles. The result is a definitive portrait of Egypt today--how it got here, and where it might be headed.

Title: Democracy is the Answer: Egypt's Years of Revolution

Democracy is the Answer: Egypt's Years of Revolution