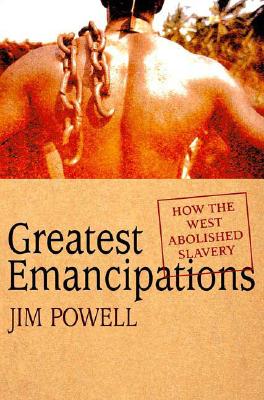 For thousands of years, slavery went unchallenged in principle. Then in a single century, slavery was abolished and more than seven million slaves were freed. "Greatest Emancipation" tells this amazing story, focusing on Haiti, the British Caribbean, the United States, Cuba and Brazil, which accounted for the vast majority of slaves in the west. Jim Powell offers some surprising insights and shows that while the abolition of slavery was essential to any free society, it wasn't the sole determing factor, since some societies that abolished slavery later embraced dictatorships. Jim Powell reveals the process and tremendous influence that slavery's eradication had on individual societies in the west.