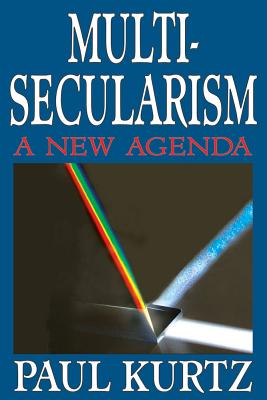 The contemporary world is witness to an intense controversy about secularism. This controversy has intensified due to the presence of fundamentalism, which challenges secular society and the secularization of philosophical ideas and ethical values.

Secularists maintain that the state should not impose a religious creed upon citizens and should respect freedom of conscience, the right to believe or disbelieve in the prevailing orthodoxy. This right is guaranteed by the First Amendment to the US Constitution and the Rights of Man enunciated in the French Revolution. Yet many powerful religious institutions do not accept this principle.

Paul Kurtz argues that secularism needs to be allied to the emergence of democratic institutions that respect individual freedom and the pluralistic society. He argues that a defense of secularism entails a defense of the civic virtues of democracy, which include the toleration of dissent and alternative lifestyles and the willingness to negotiate differences. Consequently, secularism will take different forms in different societies; the term multi-secularism best describes that. Many people believe that it is impossible to maintain a moral order without the support of religion. Kurtz vigorously denies that, and this volume attempts to explicate the values and principles of secular morality, which he sees as the cornerstone of the open democratic society.

Kurtz was involved in the campaign for secularism throughout his career as a philosopher. This book reflects his participation in this battle and extends his thinking to new areas.