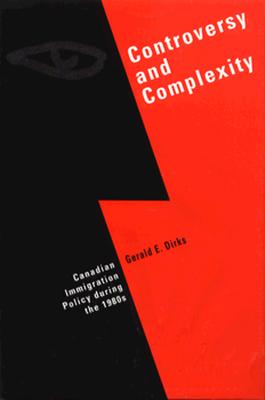 Controversy and Complexity: Canadian Immigration Policy during the 1980s

After describing the context that prompted the changes enacted in the 1976 Immigration Act, Dirks turns to contemporary immigration: he examines such controversial and complex issues as establishing annual arrivals targets, setting and managing refugee policy, and developing regulatory procedures for handling applicants. Costs and benefits of a universal visa policy, the distinction between refugees and immigrants, the role of the provinces, and the relationship between immigration and demographic issues are considered in depth. Dirks also pays particular attention to the structure of the organization. Bringing his study into this decade, he concludes by focusing on 1993 amendments to the Immigration Act. Throughout Dirks demonstrates that economic factors, while playing a major role in immigration policy, have not always been the most important consideration. He argues convincingly that social and political factors, as well as structural, organizational and bureaucratic considerations, have had a pivotal impact on both the content and the implementation of policy.

Title: Controversy and Complexity: Canadian Immigration Policy during the 1980s

Controversy and Complexity: Canadian Immigration Policy during the 1980s