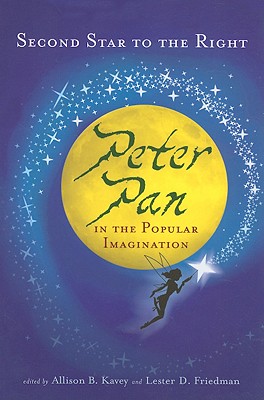 Second Star to the Right: Peter Pan in the Popular Imagination

Over a century after its first stage performance, Peter Pan has become deeply embedded in Western popular culture, as an enduring part of childhood memories, in every part of popular media, and in commercial enterprises.

Since 2003 the characters from this story have had a highly visible presence in nearly every genre of popular culture: two major films, a literary sequel to the original adventures, a graphic novel featuring a grown-up Wendy Darling, and an Argentinean novel about a children's book writer inspired by J. M. Barrie. Simultaneously, Barrie surfaced as the subject of two major biographies and a feature film. The engaging essays in Second Star to the Right approach Pan from literary, dramatic, film, television, and sociological perspectives and, in the process, analyze his emergence and preservation in the cultural imagination.

Title: Second Star to the Right: Peter Pan in the Popular Imagination

Second Star to the Right: Peter Pan in the Popular Imagination