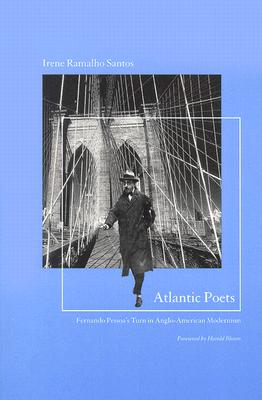 Fernando Pessoa (1888-1935) is widely regarded as Portugal's greatest poet, but in this groundbreaking new study, Irene Ramalho Santos places him in a transatlantic literary context, revealing the rich interconnections between his work and that of Anglo-American modernists ranging from Whitman to Crane and Rich. In the process, she reveals Pessoa himself to be a major figure of the modernist--and transatlantic--tradition.
Pessoa's own poetry, little of which was published during his lifetime, was marked by his extensive use of guises and personae, "heteronyms" that the poet invented and adopted. Santos argues not only that such Anglo-American poets as Whitman, Dickinson, Eliot, Pound, Crane, and Stevens can shed light on Pessoa's work, but also that Pessoa's poetry offers reciprocal insights into the work of these modernists. She applies a range of Pessoa-derived concepts (Disquietude, Atlanticism, and others) to shed new light on the concerns and characteristics of Anglo-American modernist poetry, and shows that this tradition can no longer be viewed in cultural isolation, but instead must be considered within the context of the intellectual and artistic ferment of the Atlantic world.