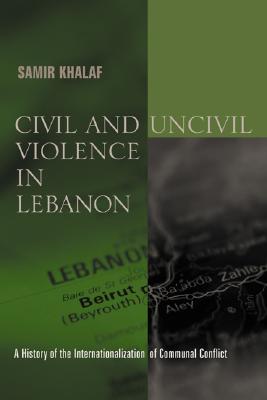 In this long-awaited work, Samir Khalaf analyzes the history of civil strife and political violence in Lebanon and reveals the inherent contradictions that have plagued that country and made it so vulnerable to both inter-Arab and superpower rivalries. How did a

fairly peaceful and resourceful society, with an impressive history of viable pluralism, coexistence, and republicanism, become the site of so much barbarism and incivility? Khalaf argues that historically internal grievances have been magnified or deflected to become the source of international conflict. From the beginning, he shows, foreign interventions have consistently exacerbated internal problems. Lebanon's fragmented political culture is a byproduct of two general features. First, it reflects the traditional forces and political conflicts caused by striking differences in religious beliefs and communal and sectarian loyalties that continue to split the society and reinforce its factional character. Second, and superimposed on these, are new forms of socioeconomic and cultural stress caused by Lebanon's role in the continuing international conflicts in the region. Khalaf concludes that Lebanon is now at a crossroads in its process of political and social transformation, and proposes some strategies to re-create a vibrant civil and political culture that can accommodate profound transformations in the internal, domestic sphere as well as mediate developments taking place internationally. Throughout, Khalaf demonstrates how the internal and external currents must be considered simultaneously in order to understand the complex and tragic history of the country. This deeply considered and subtle analysis of the interplay of complex historical forces helps us to imagine a viable future not only for Lebanon but also for the Middle East as a whole.