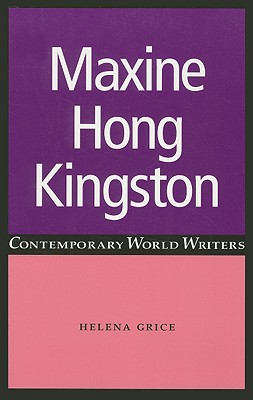 Since the publication of The Woman Warrior in 1976, Maxine Hong Kingston has gained a reputation as one of the most popular -- and controversial -- writers in the Asian American literary tradition. In this volume Grice traces Kingston's development as a writer and cultural activist through both ethnic and feminist discourses, investigating her novels, occasional writings and her two-book 'life-writing project'.
The publication of The Woman Warrior not only propelled Kingston into the mainstream literary limelight, but also precipitated a vicious and ongoing controversy in Asian American letters over the authenticity -- or fakery -- of her cultural references. Grice traces the debates through the appearance of China Men (1981), as well as the novels, Tripmaster Monkey (1989) and her most recent work, The Fifth Book of Peace.
Maxine Hong Kingston will be of value to students and academics researching in the areas of diaspora writing, contemporary American and Asian- Amercianfiction, as well as feminist and postcolonial literature.