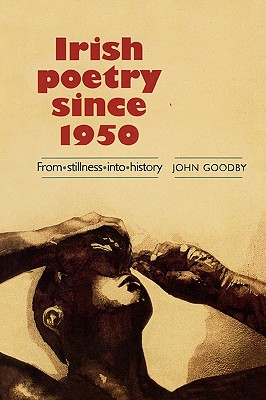 Irish poetry since 1950: From stillness into history

A survey of poetry from Northern Ireland, the Republic, Britain and the USA. The five chapters of the book cover the 1950s, 1960s, the early troubles period to 1976, the 1980s and 1990s. Each poet is placed firmly within his or her historical and social contexts, with an emphasis on the response to the processes of modernisation, the representation of violence, poetic form and gender. While the distinctiveness of Northern and Southern poetries is respected, Irish poets are seen to be engaged in a continual process of cross-border exchange. Over 30 individual poets are dealt with, and in each case detailed readings of individual poems are given along with contextual material. While the major critical issues are addressed the book is primarily concerned to break with the small canon of texts and poets which tends to dominate discussions of the subject, and emphasizes a heterogeneity and diversity of achievement. It avoids the imposition of a single interpretation on a diverse body of writing and makes the case for a wider appraisal of Irish poetry which considers international and mainstream influences. It concludes with a discussion of poetry of the diaspora at a time of the fragile Northern Ireland ceasefire and the "Celtic Tiger" phenomenon in the Republic.

Title: Irish poetry since 1950: From stillness into history

Irish poetry since 1950: From stillness into history