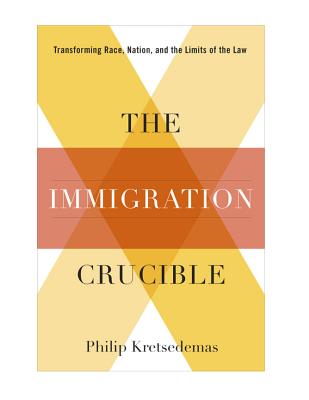 The Immigration Crucible: Transforming Race, Nation, and the Limits of the Law

In the debate over U. S. immigration, all sides now support policy and practice that expand the parameters of enforcement. Philip Kretsedemas examines this development from several different perspectives, exploring recent trends in U.S. immigration policy, the rise in extralegal state power over the course of the twentieth century, and discourses on race, nation, and cultural difference that have influenced politics and academia. He also analyzes the recent expansion of local immigration law and explains how forms of extralegal discretionary authority have become more prevalent in federal immigration policy, making the dispersion of local immigration laws possible.

While connecting such extralegal state powers to a free flow position on immigration, Kretsedemas also observes how these same discretionary powers have been used historically to control racial minority populations, particularly African Americans under Jim Crow. This kind of discretionary authority often appeals to "states rights" arguments, recently revived by immigration control advocates. Using these and other examples, Kretsedemas explains how both sides of the immigration debate have converged on the issue of enforcement and how, despite differing interests, each faction has shaped the commonsense assumptions defining the debate.

Title: The Immigration Crucible: Transforming Race, Nation, and the Limits of the Law

The Immigration Crucible: Transforming Race, Nation, and the Limits of the Law