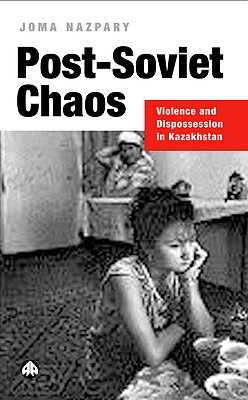 In the 1990s the former states of the Soviet Union underwent dramatic and revolutionary changes. As a result of enforced, neo-liberal reforms the fledgling republics were exposed to the familiar effects of globalised capital. Focusing on Kazakhstan, where violence and corruption are now facts of everyday life, Joma Nazpary examines the impact of the new capitalism on the people of Central Asia. Using in-depth interviews and material gathered over more than a year's fieldwork, Nazpary explores the responses of the dispossessed to their dispossession. He uncovers the construction of 'imagined communities', grounded in Soviet nostalgia, which serve to resist the economic order, as well as the more practical survival strategies, especially of women, often forced into prostitution where they are subject to violence and stigma. By revealing the extent to which Kazakh society has disintegrated and the cultural responses to it, Nazpary argues that dispossession has been a stronger unifying force than even ethnicity or religion. Comparing the effects of neo-liberal reforms in Kazakhstan with those in other regions, he concludes that causes, forms and consequences of dispossession in Kazakhstan are particular instances of a much wider global trend.