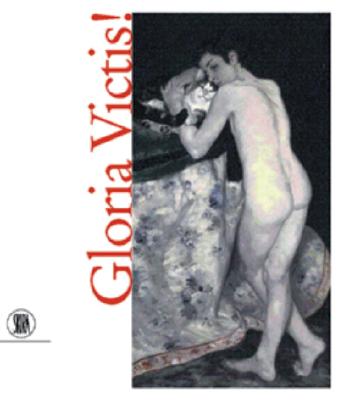 "Gloria Victis Victors and Vanquished in French Art 1848-1910
This book focuses on the conflict between the old and the new in French painting and sculpture in the latter half of the nineteenth century. Modern art history has hailed the avant-garde as winners and labelled the academic artists losers. However "Gloria Victis (Honour the Vanquished) allows victors and vanquished to meet in open dialogue over the changes in artistic taste through the ages.
The last half of the nineteenth century witnessed the emergence of a multifaceted avant-garde, comprising Realism, Impressionism, and many other "Modernistic" trends. These were accompanied by a new aesthetic which came into open conflict with the Classical-Academic tradition. On their side the Academics greeted the new directions in art with mistrust. There quickly developed a view of the new painting as decadent, immoral and provocative: in consequence it rapidly became the target of extreme value judgements by the academically-minded contemporary art critics. But towards the end of the nineteenth century taste changed in favour of the avant-garde. Consequently art history, which has since been written from a modern perspective, has branded the Salon artists as hopelessly out-moded and consigned them to a shadowy existence in the storage vaults of museums.
In recent years, however, Salon art has been allowed back into the light after a long absence from public exhibition.
"Gloria Victis should be seen as an attempt at a serious analysis, in the spirit of the last twenty years' reevaluation of the art of the second half of the nineteenth century. Perhaps it is, after all, not so simple to distinguish tradition fromavant-garde-- and the reverse. It is our hope that the "lost" traditionalists will be seen as more than just dead copyists, who have been denied the validity of their artistic endeavours. By the same token the artists of the Modern will appear in a more subtle light.
Ny Carlsberg Glyptotek, Copenhagen
With a Beauty All Its Own
"I called this collection the Glyptotek to demonstrate that it was not a museum with the usual need for scientific order and completeness, where art works often stand freezing, alien to each other in a heterogeneous mixture. No, it was to be a place 'wo Marmorbilder stehen und sehen dich an', where the statues are displayed in festivity and harmony, to grace the life of the living." (Carl Jacobsen, founder of the Ny Carlsberg Glyptotek, June 1906).
The Ny Carlsberg Glyptotek is an art museum of international standing situated in central Copenhagen, next to the Tivoli Gardens. It houses rich and diverse collections in its two main departments, one of which is devoted to ancient art of the Mediterranean area, the other to French and Danish art of the nineteenth and early twentieth century. The museum was named after Ny Carlsberg, the brewery owned by the founder, brewer Carl Jacobsen (1842-1914). He added the word Glyptotek, "a collection of sculpture," to indicate the pride of place taken by that art form and in recognition of his debt to the older namesake, the Glyptothek in Munich. Originally one of the largest private art collections of its time, the Glyptotek was donated to the public by Carl Jacobsen by deeds of gift in 1888 and 1899. He subsequently established the New Carlsberg Foundation, in 1902, to ensure the financial well-being of themuseum. Since 1954, the Glyptotek has been an independent institution supported not only by the Foundation, but by the City of Copenhagen and the Danish State as well.
The collection of French sculpture presents the stars of the late nineteenth-century Parisian Salon together with Auguste Rodin, the ground-breaking contemporary of the French Impressionists. Nowhere outside France is a comparable collection to be seen. As for the Salon, Carpeaux is particularly well represented, having a whole loggia on the "Danish" side of the building to himself. His studies for the group "La Dance, for the faade of the Paris Opera, and the agonizing "Ugolino and his Sons, taken from Dante's "Divine Comedy, are outstanding.
The collection of French painting features the predecessors of the Impressionists (Courbet, Corot and Manet) along with the Impressionists proper-- Monet, Sisley, Cezanne, Degas, Pissarro, Morisot, and Renoir. A large section of the Modern Department is devoted to the Post-Impressionists: Van Gogh, Gauguin, Signac, Bonnard and others. It is what you might describe as a great, small collection, or a small, great collection. The Degas "Bronzes, the complete oeuvre of seventy works, is shown, otherwise only to be seen in two other museums in the world. Paul Gauguin is represented with an excess of forty paintings and sculptures.