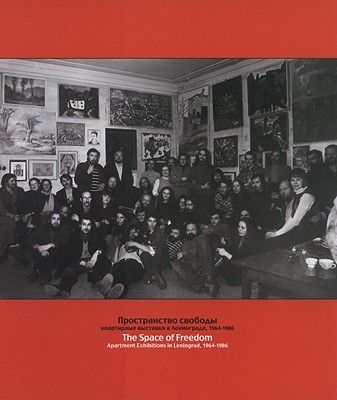 The Space of Freedom: Apartment Exhibitions in Leningrad, 1964-1986

For the Russian nonconformist artists of the 1960s through the 1980s, a room or an apartment--whether one's own or someone else's--was a departure point into the world of art, a world free of limitations. An apartment, while limited in space, opened up a world of infinite space--the entire cosmos. The transformation of those apartments was accomplished by covering their walls from floor to ceiling with the art of unofficial artists who were forbidden to show their works in exhibiton halls and museums of the Soviet Union.

Title: The Space of Freedom: Apartment Exhibitions in Leningrad, 1964-1986

The Space of Freedom: Apartment Exhibitions in Leningrad, 1964-1986