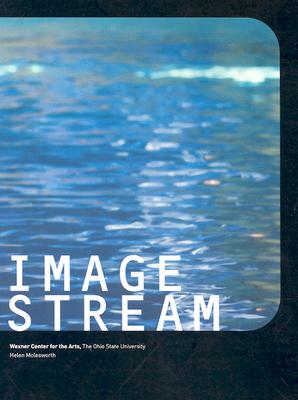 Image Stream brings together eight gallery-based film and video works, each of which explore the limits of this new medium, returning to narrative and changing conventional modes of viewing. Curator Helen Molesworth in this her first exhibition for the Wexner Art Center has selected works by Kutlug Ataman, Matthew Barney, Tacita Dean, Andrea Fraser, Pierre Huyghe, Neil Jordan, Donald Moffett and Lorna Simpson, each of which is accompanied by an individual short analytical essay. As Molesworth writes in her introduction, "the hygenic isolation of the white cube has slowly, but steadily, been overtaken by an increasingly promiscuous black box. As any turn-of-the-century member of the art public knows, darkened rooms and heavy black curtains signal the omnipresent film and/or video installation." If an earlier generation of film and video artists were concerned with the formal properties of film, she argues, today's contemporary artists "willingly explore visual forms borrowed from both Hollywood and auteur film, as well as television, MTV, CNN and the theater. This profligate borrowing of mass-media forms has been accompanied by a strong impulse towards narrative." It is what Molesworth calls this "reciprocity" between art world and mass culture that is a "defining characteristic of contemporary projected images."