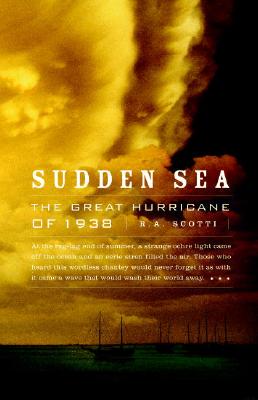 Sudden Sea: The Great Hurricane of 1938

- September 2003 will mark the 65th anniversary of the storm.- Scotti gives us a dazzling addition to the disaster narrative genre, which includes such mega-hits as The Perfect Storm, Into Thin Air, and Isaac's Storm.- The Hurricane of '38 was the most financially destructive storm on record. The estimated cost in today's dollars would exceed $47 billion. Only five percent of the losses were covered by insurance.- Scotti grew up hearing amazing stories of '38, including one of an aunt who returned from work at the phone company in a rowboat and her grandmother's best friend who stepped out on the porch of her house and was never seen again.

Sudden Sea: The Great Hurricane of 1938