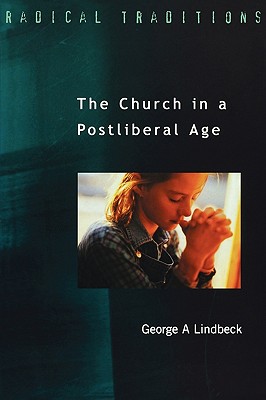 The Church in a Postliberal Age (Radical Traditions)

By: Lindbeck, George A.

George LIndbeck is one of the most influential and important of post-war American theologians, His books and essays generate debate not only among his fellow Lutherans but also among many other Christians as well as Jews and students of religion in the academy more generally. The goal of this anthology is to collect key samples of his enterprise, especially for readers who may know none or few of his books and articles. The samples may, for some, speak for themselves. For others, the editor has provided a brief preface to each selection to help readers unfamiliar with Lindbeck understand what is at stake. James Buckley's aim is to suggest how Lindbeck's theology 'of the Church in a postliberal age' can be read as a 'radica; tradition'. By characterizing Lindbeck's Christian theology as at oce evangelical, catholic and postliberal, we are able to understand what describing this theology as a radical tradition might mean as well as locate some of its critics. This volume provides a superb introduction to all those interested in Lindbeck's thought as well to the significant debates surrounding postliberalism. George A. Lindbeck is Emeritus Professor of Theology at Yale University. His most famous book is The Nature of Doctrine. James J. Buckley is Dean of Arts and Sciences at Loyola College in Maryland.

Title: The Church in a Postliberal Age (Radical Traditions)

The Church in a Postliberal Age (Radical Traditions)