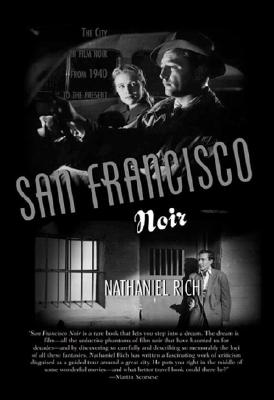 San Francisco Noir: The City in Film Noir from 1940 to the Present

All cities have their secrets, but none are so dark as San Francisco's, the city that Ambrose Bierce famously described as "a point upon a map of fog." With its reputation as a shadowy land of easy vice and hard virtue, San Francisco provided the ideal setting for many of the greatest films noir, from classics like The Maltese Falcon and Dark Passage to obscure treasures like Woman on the Run and D.O.A., and neo-noirs like Point Blank and The Conversation. Readers visit the Mission Dolores cemetery where James Stewart spied Kim Novak visiting Carlotta's grave in Vertigo; the Steinhart Aquarium, where a steamy love scene unfolded between Orson Welles and Rita Hayworth in The Lady from Shanghai; and the Kezar Stadium, where Clint Eastwood captures the serial killer, Scorpio, in a blaze of ghastly white light in Dirty Harry. In this guide to the great films noir and the locations where they were shot, the mythic noir city meets San Francisco's own dark past. With period film stills.

Title: San Francisco Noir: The City in Film Noir from 1940 to the Present

San Francisco Noir: The City in Film Noir from 1940 to the Present