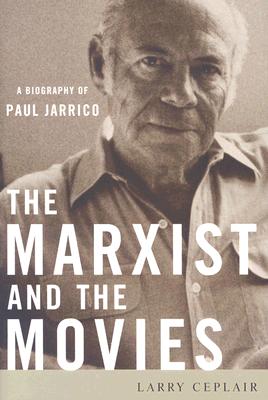 The Marxist and the Movies: A Biography of Paul Jarrico (Screen Classics)

As part of its effort to expose Communist infiltration in the United States and eliminate Communist influence on movies, from 1947--1953 the House Committee on Un-American Activities subpoenaed hundreds of movie industry employees suspected of membership in the Communist Party. Most of them, including screenwriter Paul Jarrico (1915--1997), invoked the Fifth Amendment and refused to answer questions about their political associations. They were all blacklisted.

In The Marxist and the Movies, Larry Ceplair narrates the life, movie career, and political activities of Jarrico, the recipient of an Oscar nomination for his screenplay for Tom, Dick and Harry (1941) and the producer of Salt of the Earth (1954), one of the most politically besieged films in the history of the United States. Though Jarrico did not reach the upper eschelon of screenwriting, he worked steadily in Hollywood until his blacklisting. He was one of the movie industry's most engaged Communists, working on behalf of dozens of social and political causes. Song of Russia (1944) was one of the few assignments that allowed him to express his political beliefs through his screenwriting craft. Though MGM planned the film as a conventional means of boosting domestic support for the USSR, a wartime ally of the United States, it came under attack by a host of anti-Communists.

Jarrico fought the blacklist in many ways, and his greatest battle involved the making of Salt of the Earth. Jarrico, other blacklisted individuals, and the families of the miners who were the subject of the film created a landmark film in motion picture history. As did others on the blacklist, Jarrico decided that Europe offered a freer atmosphere than that of the cold war United States. Although he continued to support political causes while living abroad, he found it difficult to find remunerative black market screenwriting assignments. On the scripts he did complete, he had to use a pseudonym or allow the producers to give screen credit to others. Upon returning to the United States in 1977, he led the fight to restore screen credits to the blacklisted writers who, like himself, had been denied screen credit from the late 1940s to the mid-1960s.

Despite all the obstacles he encountered, Jarrico never lost his faith in the progressive potential of movies and the possibility of a socialist future. The Marxist and the Movies details the relationship between a screenwriter's work and his Communist beliefs. From Jarrico's immense archive, interviews with him and those who knew him best, and a host of other sources, Ceplair has crafted an insider's view of Paul Jarrico's life and work, placing both in the context of U.S. cultural history.

Title: The Marxist and the Movies: A Biography of Paul Jarrico (Screen Classics)

The Marxist and the Movies: A Biography of Paul Jarrico (Screen Classics)