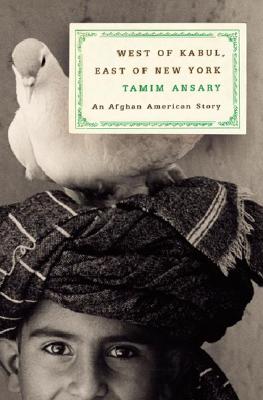 A passionate personal journey through two cultures in conflict
Shortly after militant Islamic terrorists destroyed the World Trade Center, Tamim Ansary of San Francisco sent an e-mail to twenty friends, telling how the threatened U.S. reprisals against Afghanistan looked to him as an Afghan American. The message spread, and in a few days it had reached, and affected, millions of people-Afghans and Americans, soldiers and pacifists, conservative Christians and talk-show hosts; for the message, written in twenty minutes, was one Ansary had been writing all his life.
"West of Kabul, East of New York" is an urgent communique by an American with "an Afghan soul still inside me," who has lived in the very different worlds of Islam and the secular West. The son of an Afghan man and the first American woman to live as an Afghan, Ansary grew up in the intimate world of Afghan family life, one never seen by outsiders. No sooner had he emigrated to San Francisco than he was drawn into the community of Afghan expatriates sustained by the dream of returning to their country -and then drawn back to the Islamic world himself to discover the nascent phenomenon of militant religious fundamentalism.
Tamim Ansary has emerged as one of the most eloquent voices on the conflict between Islam and the West. His book is a deeply personal account of the struggle to reconcile two great civilizations and to find some point in the imagination where they might meet.