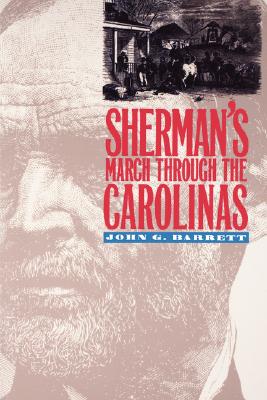 Sherman's March Through the Carolinas

In retrospect, General William Tecumseh Sherman considered his march through the Carolinas the greatest of his military feats, greater even than the Georgia campaign. When he set out northward from Savannah with 60,000 veteran soldiers in January 1865, he was more convinced than ever that the bold application of his ideas of total war could speedily end the conflict. John Barrett's story of what happened in the three months that followed is based on printed memoirs and documentary records of those who fought and of the civilians who lived in the path of Sherman's onslaught. The burning of Columbia, the battle of Bentonville, and Joseph E. Johnston's surrender nine days after Appomattox are at the center of the story, but Barrett also focuses on other aspects of the campaign, such as the undisciplined pillaging of the 'bummers, ' and on its effects on local populations.

Title: Sherman's March Through the Carolinas

Sherman's March Through the Carolinas