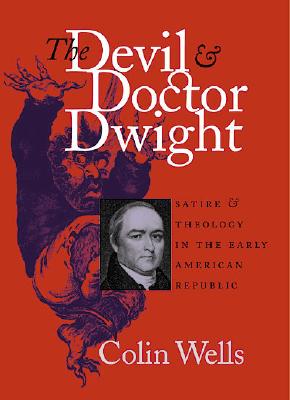 At the close of the eighteenth century, Timothy Dwight--poet, clergyman, and, later, president of Yale College--waged a literary and intellectual war against the forces of "infidelity." The Devil and Doctor Dwight reexamines this episode by focusing on The Triumph of Infidelity (1788), the verse satire that launched Dwight's campaign and, Colin Wells argues, the key to recovering the deeper meaning of the threat of infidelity in the early years of the American Republic. The book also features the first modern, annotated edition of this important but long-overlooked poem.

Modeled after Alexander Pope's satiric masterpiece, the Dunciad, Dwight's poem took aim at a number of his contemporaries, but its principal target was Congregationalist Charles Chauncy, author of a controversial treatise asserting "the salvation of all men." To Dwight's mind, a belief in universal salvation issued from the same naive faith in innate human virtue and inevitable progress that governed all forms of Enlightenment thought, political as well as religious. Indeed, in subsequent works he traced with increasing dismay a shift in the idea of universal salvation from a theological doctrine to a political belief and symbol of American national identity. In this light, Dwight's campaign against infidelity must also be seen as an early and prescient critique of the ideological underpinnings of Jeffersonian democracy.

Title: The Devil and Doctor Dwight (Published by the Omohundro Institute of Early American History and Culture and the University of North Carolina Press)