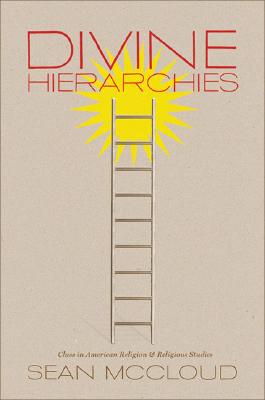 Placing the neglected issue of class back into the study and understanding of religion, Sean McCloud reconsiders the meaning of class in today's world. More than a status grounded in material conditions, says McCloud, class is also an identity rhetorically and symbolically made and unmade through representations. It entails relationships, identifications, boundaries, meanings, power, and our most ingrained habits of mind and body. He demonstrates that employing class as an analytical tool that cuts across variables such as creed, race, ethnicity, and gender can illuminate American religious life in unprecedented ways.

Through social theory, historical analysis, and ethnography, McCloud makes an interdisciplinary argument for reinserting class into the study of religion. First, he offers a new three-part conception of class for use in studying religion. He then presents a focused cultural history of religious studies by examining how social class surfaced in twentieth-century theories of religious affiliation. He concludes with historical and ethnographic case studies of religion and class. Divine Hierarchies makes a convincing case for the past and present importance of class in American religious thought, practice, and scholarship.