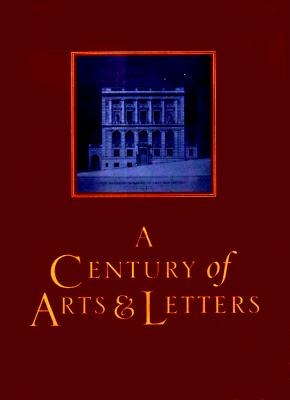 A Century of Arts and Letters

Although the American Academy of Arts and Letters is best known for the awards and prizes it grants artists, writers, and musicians, the organization itself remains as little-understood as its awards are acclaimed. John Updike has brought together eleven current members-including Cynthia Ozick, Norman Mailer, and Louis Auchincloss--to raid the Academy's archives. With each writer taking on a decade of the Academy's history, they have created an eye-opening documentary of an organization central to the arts in America for the past century. R. W. B. Lewis writes of the admission of Julia Ward Howe in 1907 (at the age of 86) as the first woman in the Academy, and the intense debate about the very consideration of female members. Lewis also recounts the humorous saga of the feuding James brothers, with William declining membership and decrying the election several months prior to the nomination of his "younger and shallower and vainer brother" Henry. Arthur Schlesinger, Jr., tells of the Academy's struggle against modernism in the 1930s--largely a one-man war waged by its feisty septuagenarian secretary, Robert Underwood Johnson-that resulted in a perennial failure to nominate F. Scott Fitzgerald and H. L. Mencken, among others. And composer Jack Beeson notes Gore Vidal's droll telegram declining an honorary membership on the grounds that he was already a member of the Diners Club.

Title: A Century of Arts and Letters

A Century of Arts and Letters