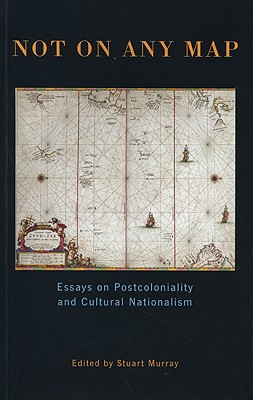 Not On Any Map: Essays on Postcoloniality and Cultural Nationalism (History)

Why is the world in which we live so ruled by the idea of the nation? What effect have the newly independent nations of the last fifty years had on the old world order? Are countries in a post-imperial world the same now as they were in the time of imperialism? Not On Any Map seeks to answer these questions and explores the wide-ranging issues surrounding nationalism and postcoloniality. The collection draws on the work of scholars and creative producers from all over the world who explore the idea of the nation in a variety of postcolonial contexts. These include a piece from Wilson Harris' work-in-progress, as well as other work on literary nationalism, media arts promotion, the use of the indigene in tourism, commercial cinema, immigration, developments in communication and technology, sport and issues affecting nations both in the former colonial centres and the ex-colonies.

Title: Not On Any Map: Essays on Postcoloniality and Cultural Nationalism (History)

Not On Any Map: Essays on Postcoloniality and Cultural Nationalism (History)