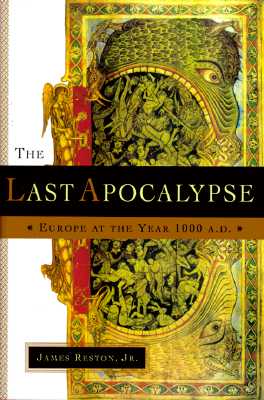 For fans of A Distant Mirror and A World Lit Only by Fire, a rich popular history of the last millennium, when Vikings, Moors, and barbarians battled kings and popes for the soul of Europe.

James Reston, Jr.'s enthralling saga of how the Christian kingdoms converted, conquered, and slaughtered their way to dominance brings life to unforgettable historical characters who embodied the struggle for the soul of Europe. From the righteous fury of the Viking Queen Sigrid the Strong-Minded, who burned unwanted suitors alive, to the brilliant but too-cunning Moor al-Mansur the Illustrious Victor, to the aptly named English King Ethelred the Unready, to the abiding genius of the age, Pope Sylvester II, warrior kings and concubine empresses, maniacal warriors and religious zealots bring this stirring period to life.

As the year 1000 A.D. approached, Europeans feared the world would end. The old order was crumbling, and terrifying, confusing new ideas were gaining hold in the populace. Random and horrible violence seemed to sprout everywhere, without warning and without apparent remedy. And, in fact, when the millennium arrived, the apocalypse did take place; a world did end, and a new world arose from the ruins.

In 950 Ireland, England, and France were helpless against the ravages of the seagoing Vikings; the fierce and strange Hungarian Magyars laid waste to Germany and Italy; the legions of the Moors ruled Spain and threatened the remnants of Charlemagne's vast domain. The papacy was corrupt and decrepit, overshadowed by glorious Byzantium. Yet a mere fifty, years later, the gods of the Vikings were dethroned, the shamans of the Magyars were massacred, the glorious Moorish caliphatedisintegrated, and the sign of the cross held sway from Spain to Russia.

"The Last Apocalypse" is a book rich in historical detail flavored with the nearly magical sensibility of an extraordinary age.