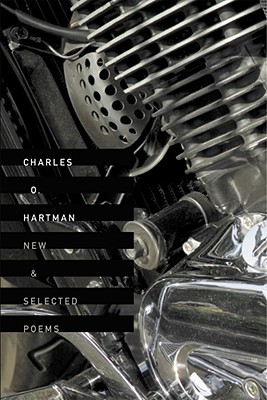 Poetry. New poems join a selection from nearly 40 years of Hartman's groundbreaking computer- and jazz-influenced work. Selections from five previous collections join thirty new poems, giving ample evidence of Hartman's broad range and mastery. "Charles Hartman's NEW & SELECTED POEMS will finally establish his rightful place as at least one of the best poets of his generation. It takes a large collection to reveal the range, depth, intricacy, and inventive playfulness of his very very fine sensibility. Most of all I love his intelligence--his refusal of sentimentality that finds an angle for the release of unexpected yet rich and complex feelings, and his range of attitudes and situations matched by astonishing metrical inventiveness and resonance. ('Songlines/ tune / the travels.') This intelligence makes for a range that beggars most poets--from elegant short dimeter poems to several sustained and complex long poems on topics ranging from becoming familiar with exotic places to establishing attitudes toward the ways new technologies affect possibilities for feeling and for thinking, or for continuing to think that feeling matters"--Charles Altieri.