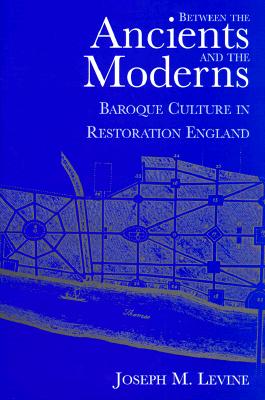 Between the Ancients and Moderns: Baroque Culture in Restoration England

The quarrel between the ancients and the moderns was an old dispute when it was resumed with special ferocity in the later seventeenth century as writers and artists, their friends and patrons, debated how far to imitate the classics and how far to risk the freedom to innovate. In this book Joseph M. Levine argues that it was this tension that gave unity to the cultural life of the period and helped define its baroque character. He also asserts that, contrary to public opinion, neither side won--even as modern superiority was being proclaimed in philosophy and the sciences, the precedence of the ancients was being reaffirmed in literature and the arts.

Levine offers a nuanced account of the seventeenth-century climate of ideas by examining the careers and intellectual lives of four prominent individuals and setting them among their friends and enemies: diarist John Evelyn; poet, playwright, and critic John Dryden; exiled French aristocrat Sieur de Saint-Evremond; and scientist and architect Christopher Wren. He shows how each of these men began with a self-consciously modern position but after much vacillation ended by accepting a surprising dose of "anciennete." In being among the first to explore these issues, argues Levine, these four men offered a prelude to the Battle of the Books and eighteenth-century neoclassicism. And in their uncertainty and anxiety they may also be seen as anticipating something of the later dilemmas of modernity.

Title: Between the Ancients and Moderns: Baroque Culture in Restoration England

Between the Ancients and Moderns: Baroque Culture in Restoration England