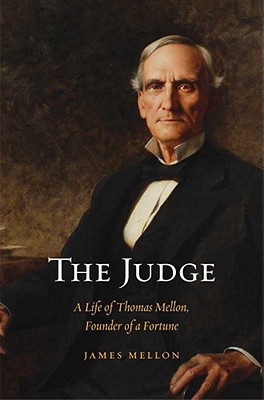 The Judge: A Life of Thomas Mellon, Founder of a Fortune

Lawyer, judge, banker, classics professor, and councilman, Thomas Mellon greatly influenced the fortunes of his hometown, Pittsburgh, throughout the nineteenth century. In the process, he became one of the city's most important business leaders, and he laid the foundation for a family that would contribute considerably to the city's growth and welfare for much of the next hundred years, becoming one of the world's most recognizable names in industry, innovation, and philanthropy. Through his in-depth examination of the extensive Mellon family archives, in The Judge James Mellon--a direct descendent of Thomas Mellon--has fashioned an incisive portrait of the elder Mellon that presents the man in full. Offering a singular and insightful characterization of the Scotch-Irish value system that governed the patriarch's work and life, James Mellon captures the judge's complexities and contradictions, revealing him as a truly human figure.

Among the recent biographies of Pittsburgh's famous businessmen, The Judge stands apart from the pack because of the author's unique perspective and his objective and scholarly approach to his subject.

Title: The Judge: A Life of Thomas Mellon, Founder of a Fortune

The Judge: A Life of Thomas Mellon, Founder of a Fortune