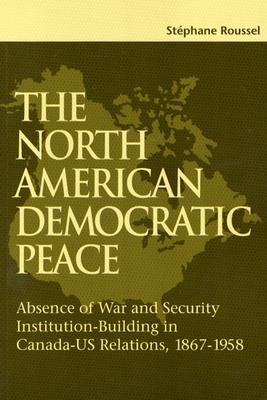 That democratic societies do not fight one another is well documented, but the mechanisms that produce and maintain this situation remain vague. St?phane Roussel argues that Canadian-U.S. security relations provide a case study that allows us to better understand this process. He shows that the structure of Canada-U.S. relations can be explained by the fact that in their mutual relations both governments have applied the norms and rules they use at the domestic level, such as banishing the use of violence and establishing equal representation. This book describes how the democratic-liberal values and norms shared by both states shaped the evolution of Canadian-American practices and institutions in the realm of security from 1867 to the formal creation of NORAD in 1958. It also challenges the common perception of Canada as a satellite of the U.S. and explains why Canadians and Americans take the peace between them for granted.