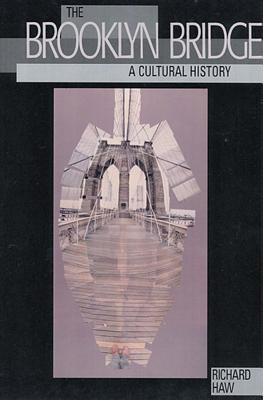 The Brooklyn Bridge: A Cultural History

Hailed by some as the Eighth Wonder of the World when it opened in 1883, the Brooklyn Bridge is one of the world's most recognizable and beloved icons. For over one hundred years it has excited and fascinated with stories of ingenuity and heroism, and it has been endorsed as a flawless symbol of municipal improvement and a prime emblem of American technological progress.

Despite its impressive physical presence, however, Brooklyn's grand old bridge is much more than a testament of engineering and architectural achievement. As Richard Haw shows in this first of its kind cultural history, the Brooklyn Bridge owes as much to the imagination of the public as it does to the historical events and technical prowess that were integral to its construction. Bringing together more than sixty images of the bridge that, over the years, have graced postcards, magazine covers, and book jackets and appeared in advertisements, cartoons, films, and photographs, Haw traces the diverse and sometimes jarring ways in which this majestic structure has been received, adopted, and interpreted as an American idea. Haw's account is not a history of how the bridge was made, but rather of what people have made of the Brooklyn Bridge--in film, music, literature, art, and politics--from its opening ceremonies to the blackout of 2003. Classic accounts from such writers and artists as H. G. Wells, Charles Reznikoff, Hart Crane, Lewis Mumford, Joseph Pennell, Walker Evans, and Georgia O'Keeffe, among many others, present the bridge as a deserted, purely aestheticized romantic ideal, while others, including Henry James, Joseph Stella, Yun Gee, Ernest Poole, Alfred Kazin, Paul Auster, and Don DeLillo, offer a counter-narrative as they question not only the role of the bridge in American society, but its function as a profoundly public, communal place. Also included are never-before-published photographs by William Gedney and a discussion of Alexis Rockman's provocative new mural Manifest Destiny. Drawing on hundreds of cultural artifacts, from the poignant, to the intellectual, to the downright quirky, The Brooklyn Bridge sheds new light on topics such as ethnic and foreign responses to America, nationalism, memory, parade culture, commemoration, popular culture, and post-9/11 America icons. In the end, we realize that this impressive span is as culturally remarkable today as it was technologically and physically astounding in the nineteenth century.

The Brooklyn Bridge: A Cultural History