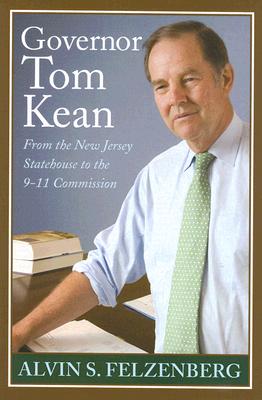 Governor Tom Kean: From the New Jersey Statehouse to the 911 Commission

Long before Bill Clinton spoke of "triangulation," a term that referred to a centrist governing style, prior to Tony Blair repositioning the British Labor Party midway between Thatcher conservatism and militant trade unionism, and far ahead of George W. Bush referring to his agenda as "compassionate conservatism," there was Tom Kean. From the moment of his election to the New Jersey state assembly in 1967, through his guidance of the 9/11 Commission nearly three decades later, Kean consistently displayed a knack for bipartisan leadership.

In this first political biography of one of the nation's most popular and successful governors, Alvin S. Felzenberg tells the story of a remarkable career that culminated in an unexpected and crucial contribution to the country-chairmanship of the 9/11 Commission. Felzenberg describes how, early in his political career, Kean worked to transform New Jersey's legislature in the aftermath of court rulings that mandated redistricting in accordance with the "one man, one vote" principle. He discusses Kean's efforts to relieve the urban crisis that followed in the wake of the 1967 Newark riots. He relates how Kean was able to use the New Jersey governorship-purportedly the strongest in the country-to transform a so-called "rust belt" state into a leader in education, environmental responsibility, and economic growth. Kean's successes in these and other areas caused leaders outside New Jersey to follow in his path. Together with his fellow governors, Kean forged a national consensus on domestic policy between Democratic congresses and Republican presidents, in the process winning for himself a leadership role in his own party. Kean's story serves as an uncommon case of how a Republican loyal to the historic roots and principles of his party can not only win election in a "blue state" but effectively govern it. Starting from the example the governor set on the state level, Felzenberg's account traces Kean's career to positions of trusted authority on the national stage. After several years of advising presidents, Kean was appointed chairman of the 9/11 Commission. In this role, he made the bipartisan, Congressionally mandated commission one of the most successful in American history. Drawing on interviews with Kean as well as with state and national leaders, including former presidents Gerald Ford and Bill Clinton and former New York City mayor Ed Koch, Felzenberg not only provides a marvelous biography, but also offers a unique look at American politics during the last four decades of the twentieth century.

Title: Governor Tom Kean: From the New Jersey Statehouse to the 911 Commission

Governor Tom Kean: From the New Jersey Statehouse to the 911 Commission