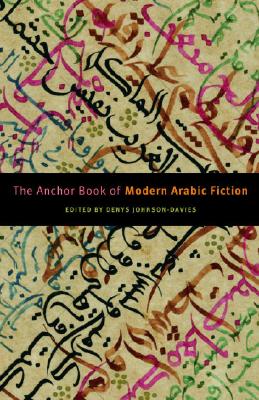 This dazzling anthology features the work of seventy-nine outstanding writers from all over the Arab-speaking world, from Morocco in the west to Iraq in the east, Syria in the north to Sudan in the south.

Edited by Denys Johnson-Davies, called by Edward Said "the leading Arabic-to-English translator of our time," this treasury of Arab voices is diverse in styles and concerns, but united by a common language. It spans the full history of modern Arabic literature, from its roots in western cultural influence at the end of the nineteenth century to the present-day flowering of Naguib Mahfouz's literary sons and daughters. Among the Egyptian writers who laid the foundation for the Arabic literary renaissance are the great Tawfik al-Hakim; the short story pioneer Mahmoud Teymour; and Yusuf Idris, who embraced Egypt's vibrant spoken vernacular. An excerpt from the Sudanese writer Tayeb Salih's novel Season of Migration to the North, one of the Arab world's finest, appears alongside the Libyan writer Ibrahim al-Koni's tales of the Tuaregs of North Africa, the Iraqi writer Mohamed Khudayir's masterly story "Clocks Like Horses," and the work of such women writers as Lebanon's Hanan al-Shaykh and Morocco's Leila Abouzeid.